By Walter Attanasi
Antonella Colaianni received the voice degree at the Conservatoire Tito Schipa in Lecce. in 2010 she won the European  Community Competition A. Belli in Spoleto where she also got the special price Livia Dionisi award involving her debut in the title role of Bizet’s Carmen. Antonella has improved her singing afterwards with prestigious teachers such as Mariella Devia, Renato Bruson, Luigi Alva, Norma Fantini and others.
In 2011 in Savona, she did her prise de role of Isabella in Rossini’s Italiana in Algeri, a part she has performed with big joy and success in many other theaters since: Teatro Vicenzo Bellini in Catania, Teatro Verdi di Pisa, Teatro Sociale di Rovigo, Teatro Comunale di Sassari. Her other Rossini parts on stage till now are Zaida in Il turco in Italia ( Catania)  Ernestina in L’occasione fa il ladro ( Trieste) and Pippo in La Gazza Ladra (Bari).
Antonella was invited to sing Suzuki in Madama Butterfly for the first time in 2013 at the Teatro Vicenzo Bellini in Catania and since then she has retaken this role at the Kyoto Opera Festival and at the Teatro Comunale in Bologna. She has also performed in many theaters other mezzosoprano roles such as Orfeo in Gluck’s Orfeo ed Euridice, Lola in Mascagni’s Cavalleria rusticana, Frugola in Il tabarro, Zia Principessa in Suor Angelica, and Zita in Gianni Schichi all three in Puccini’s Il trittico. Antonella’s main Verdi roles till now are  Meg Page in Falstaff, Duquessa Federica in Luisa Miller, Maddalena in Rigoletto. Between 2013 and 2016 she has toured in Italy Japan China Korea and Mexico with a double bill intermezzi by Giovanni Battista Martini: Don Quisciotte/Il maestro di música. In the last years she has incorporated Prince Orlofsky in Der Fledermaus and Madelon in Andrea Chenier to her repertoire.
Antonella is often asked to sing as voice solo in both classic and romantic repertoires with orchestra or with smaller ensembles. She has recorded a Mass by Capotorti for Naxos.
Antonella Colaianni is represented worldwide by FestArtist, Italy excluded. 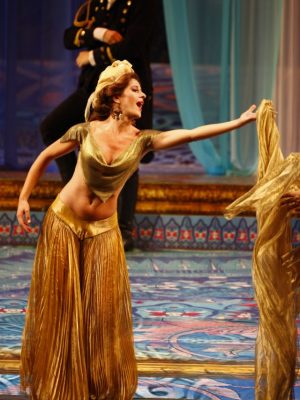 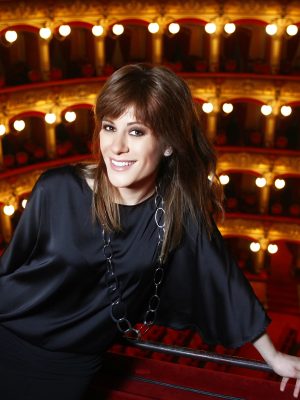 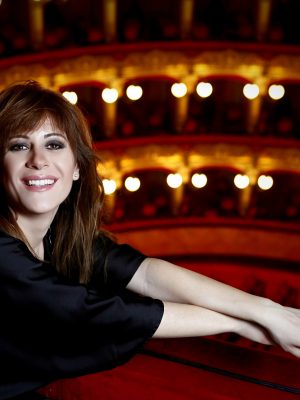