Son of art and initiated by his father to study music from a very young age, Michele performed for the first time in public at the age of only six, both on the cello and on the piano. Graduated with honors and honors in Piano at the “Tito Schipa” Conservatory of Lecce and in Chamber Vocal Music at the “Giuseppe Verdi” Conservatory of Milan. Michele perfected himself at the Experimental Opera Theater of Spoleto and at the Accademia Teatro alla Scala di Milano, where he is still one of the main collaborators on the piano for artistic and didactic activity.

He also carries out teaching activities at the Academy of the Maggio Musicale Fiorentino and the Lunenburg Academy of Arts and Performance in Canada and has held highly advanced master classes at Palazzo Pesce in Mola in Bari, Academie des Heures Romantiques and in the Conservatories of Monopoli and Lecce. As a co-repetitor Maestro he collaborates with several lyrical organizations and international festivals all around the world .

He has made several recordings, among which we mention “Voix d’Espoir” in duo with the mezzo-soprano Veronica Simeoni and the first recording in modern times of “Le Cinesi” by Manuel Garcia, both distributed by the Maggio Live label. 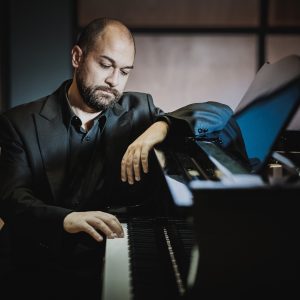 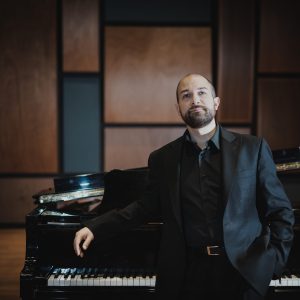