By AdminFA
Walter Attanasi was born in Trieste, Italy, and is considered one of the most interesting conductors of his generation. He has been called to conduct symphonic and opera performances in the world’s most renowned and prestigious theaters, halls and festivals. He has collaborated with leading bodies such as the Teatro alla Scala in Milan, the San Carlo in Naples, the Teatro dell’Opera in Rome, the Verona Arena, the Teatro Comunale in Florence, the Teatro Cagliari, the Festival dei Due Mondi in Spoleto, the Musikverein and Konzerthaus in Wien, the Staatsoper in Hamburg, the Colon in Buenos Aires,the Bellas Artes in Mexico City, The Rostropovich Foundation in Moscow, the Rudolfinum and the National Opera in Prague,the Budapest Opera, Reduta and the National Opera in Bratislava, the Royal Opera House in Stockholm, Seoul Art Center etc. He has performed also in several theaters,and halls in Japan and South Africa.
In 2004, at the request of the then-President of the Italian Republic Carlo Azeglio Ciampi, he conducted the New Year’s Concert at the Quirinal Palace, which was a successful live broadcast. In 2008 he debuted in Sweden at the Royal Opera House of Stockholm at the presence of the Swedish Royal Family. On December 2013 he conducted in Vilnius, Tristan und Isolde (second act) concert version: first time in the history of Lithuania. Special event dedicated to the 200th birth anniversary of composer Richard Wagner and it also marked the ending of Lithuania’s presidency of the Council of the European Union.
His discography as a conductor includes a large number of works. He is former Musical Director of Todi Music Fest Portsmouth – Virginia (USA) and Principal Guest Conductor of the Bohuslav Martinů Philharmonic Orchestra (2011- 2016 ) additionally Musical Director of Opera Romana Craiova (2016 -2018) and Principal Conductor of Filarmonica Oltenia Craiova 2018 .Actually is Festival Director of UmbriaMusicFest International and Italia Arte Fest in Prague. Walter Attanasi is honorary citizen of the city of Portsmouth – Virginia (USA) and in the 2019, current President of the Italian Republic Sergio Mattarella,awarded him as Cavaliere dell’Ordine della Stella d’Italia. His versatility has led him to collaborate in the jazz music world  with great artists and important institutions such as Umbria Jazz, Pescara Jazz, Festival Pohoda Slovakia, Global Forum of Rome, Diane Reeves, Quincy Jones, Stefano Di Battista, Roberto Gatto, Danilo Rea, Flavio Boltro etc.
Walter Attanasi is represented worldwide by FestArtist 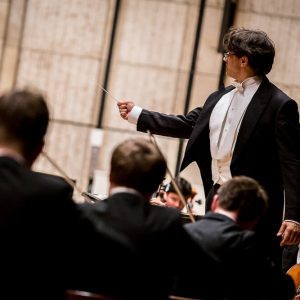 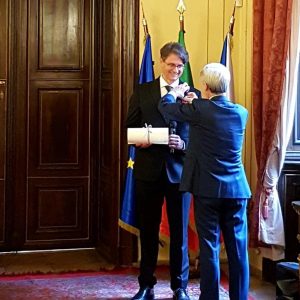 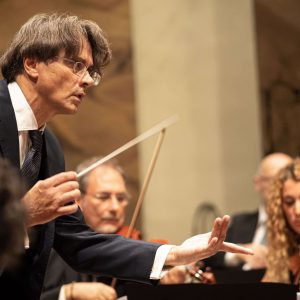 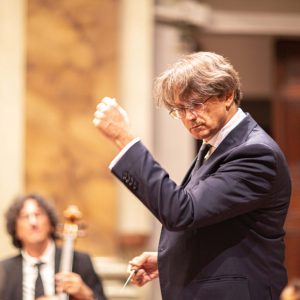 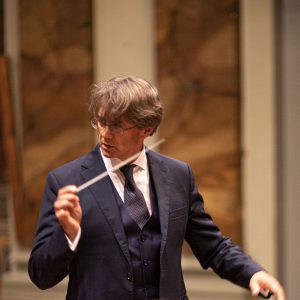